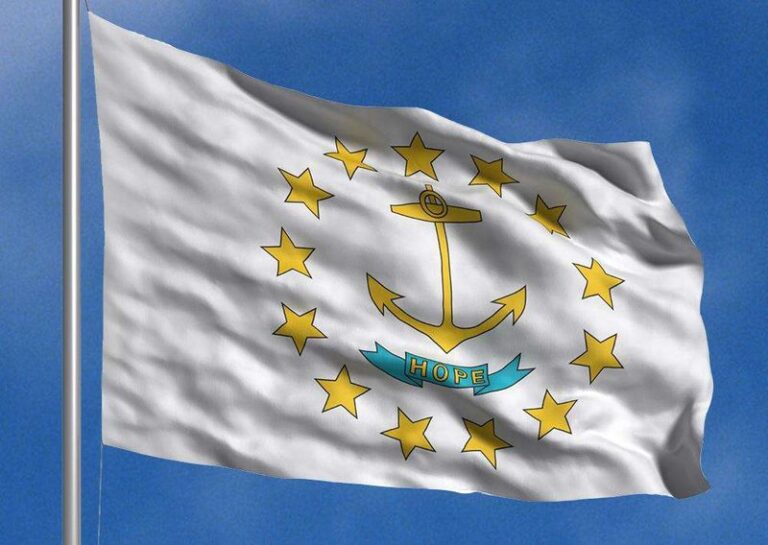 The present flag of the state of Rhode Island was formally adopted in 1897. As early as the 1640s, the anchor and "hope" were found on the Rhode Island Seal, and the seal's words and emblems were likely inspired by the biblical phrase "hope we have as an anchor of the soul," 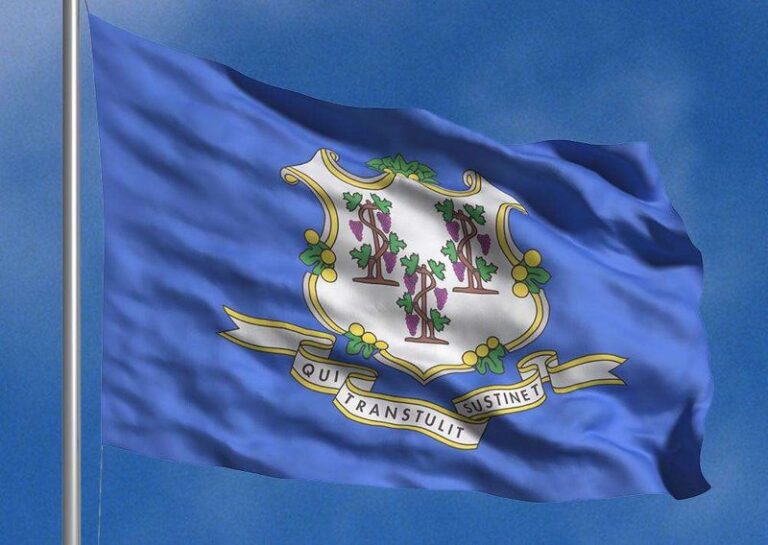 The design of the Connecticut State Flag comes from the seal of Saybrook Colony, designed by George Fenwick when it was established in 1639. That seal depicted 15 grapevines and a hand in the upper left corner with a scroll reading "Sustinet qui transtulit". 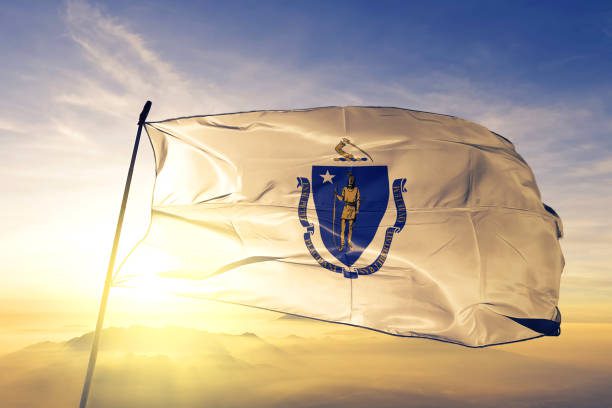 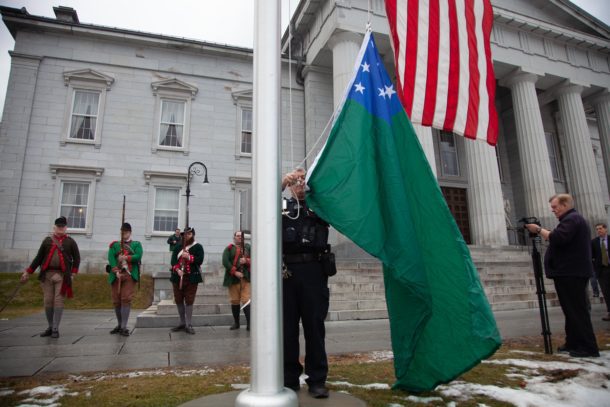 There is no extant record of a design for an official Vermont flag prior to 1804, although Ira Allen's design—common to both the Great Seal of Vermont and the coat of arms of Vermont—dates to 1778. 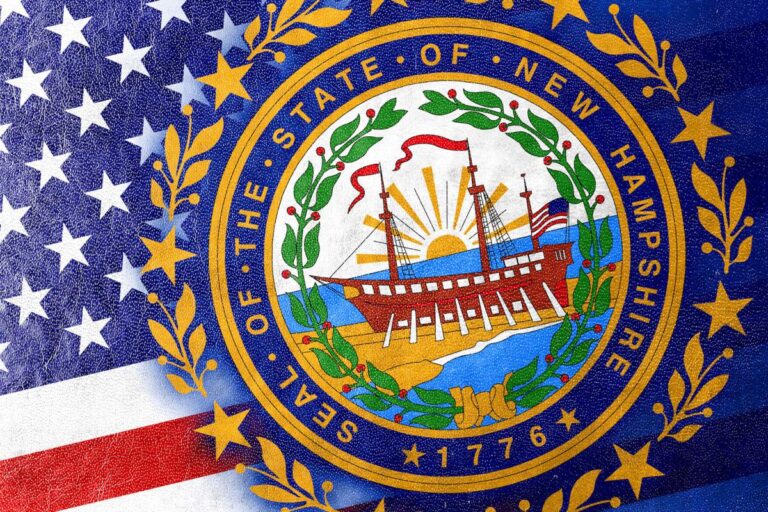 The seal of New Hampshire was adopted in 1784 following the Revolutionary War. On December 28, 1792, a regulation was adopted by the legislature that required regiments in the state militia to carry the national flag and regimental colors displaying the state seal. 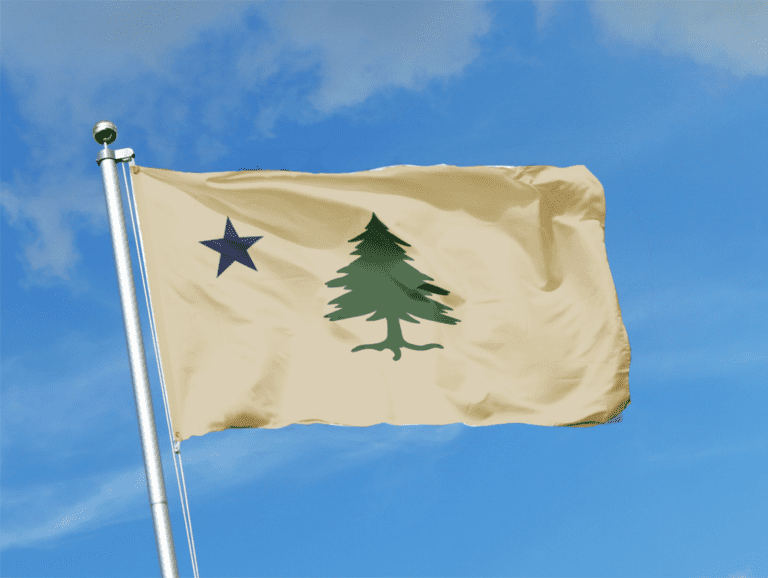 Until 1820 Maine was a district of Massachusetts, and its early symbols were based on that connection. The pine tree emblem that had been adopted for the Massachusetts naval flag in April 1776 was prominently featured in the coat of arms of Maine when it became a state.