The Original Flag of Massachusetts 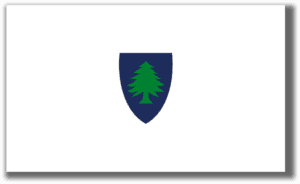 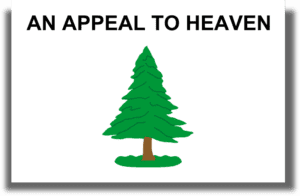 This Pine Tree Flag variant was the first flag adopted by the State of Massachusetts after independence. In use from 1775-1780 as the state flag, and until 1971 as the official Massachusetts naval flag. 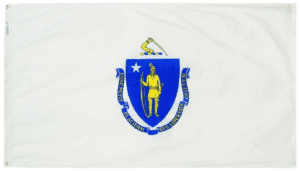 The flag of the Commonwealth of Massachusetts is the flag of Massachusetts. It has been represented by official but limited-purpose flags since 1676, though until 1908 it had no state flag per se to represent its government. A variant of the white flag with blue seal was carried by each of the Massachusetts volunteer regiments during the American Civil War alongside the National Colors. An exception were the two “Irish regiments” (the 9th and 28th Volunteers), each of which was permitted to carry an alternative green flag with a harp symbol.

The state currently has three official flags: a state flag, a governor’s flag, and a “naval and maritime flag” (despite it no longer having its own navy). With Florida and Minnesota, it is one of only three state flags to prominently feature a Native American in its heraldry.