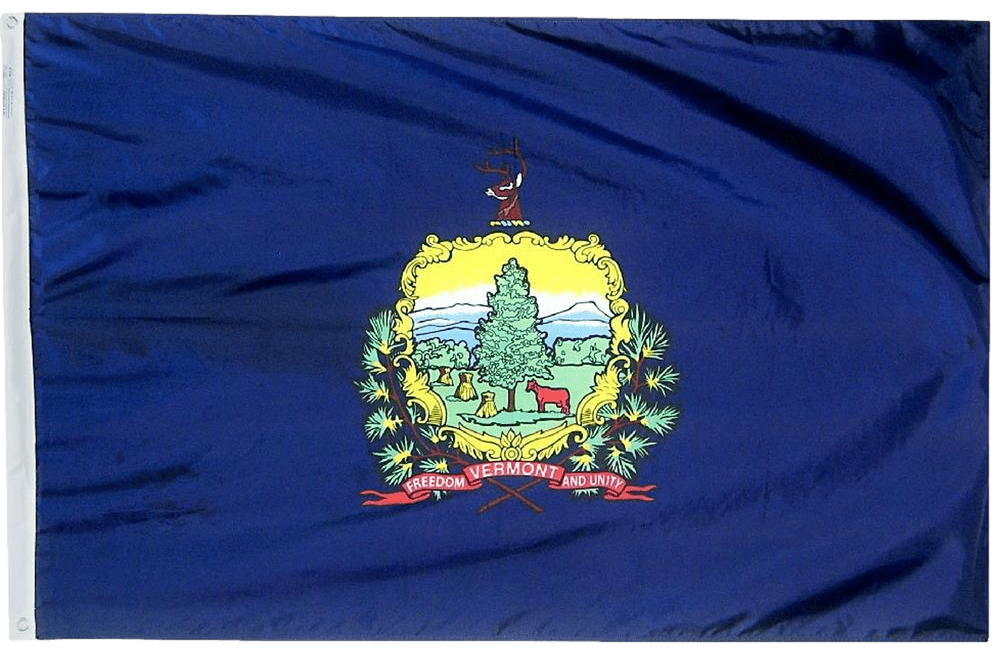 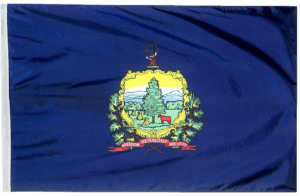 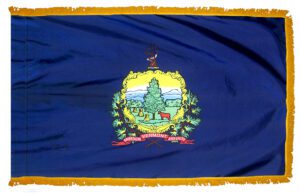 All About the Flags of Vermont 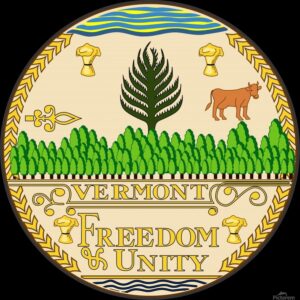 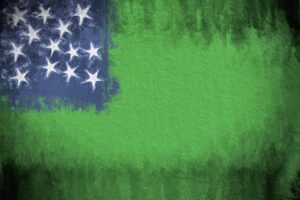 Vermont - State of One Seal & Many Flags

There is no extant record of a design for an official Vermont flag prior to 1804, although Ira Allen's design—common to both the Great Seal of Vermont and the coat of arms of Vermont—dates to 1778.[7] While an official government flag might not have existed prior to 1804, the Vermont militia—known as the Green Mountain Boys—was formed in 1770, and remaining accounts record use of the Flag of the Green Mountain Boys as far back as 1777.[8][9]

Some History of Change for the Flag of Vermont

On May 1, 1804, the number of U.S. states rose to seventeen, and it was expected that the U.S. flag would change to 17 stars and 17 stripes. In anticipation, Vermont adopted the expected new U.S. flag design with the addition of the name "VERMONT" embroidered along the top. The U.S. flag did not add any stripes, resulting in the Vermont flag having more stripes than the national flag.[1]

On October 20, 1837, Vermont changed its flag to a design based on the 13-stripe U.S. flag, but with the multiple stars of the blue canton replaced with a single large star surrounding Vermont's coat of arms. The flags based on these specifications varied in the number of points on the star (five and eight, with eight slightly more common), and the exact details of the center of the star (with either the Great Seal or the coat of arms being used).[1]

The Vermont Militia in the Spanish American War

During the American Civil War, the Spanish–American War and World War I, the Vermont militia fought under a banner composed of the Coat of arms of Vermont on a blue field.[7] This was essentially the same as the Vermont Governor's flag, and very similar to the current state flag.

Because of confusion between the striped Vermont state flag and the U.S. flag, the design of the Vermont Governor's flag was adopted as the official state flag on June 1, 1923.[1][10]