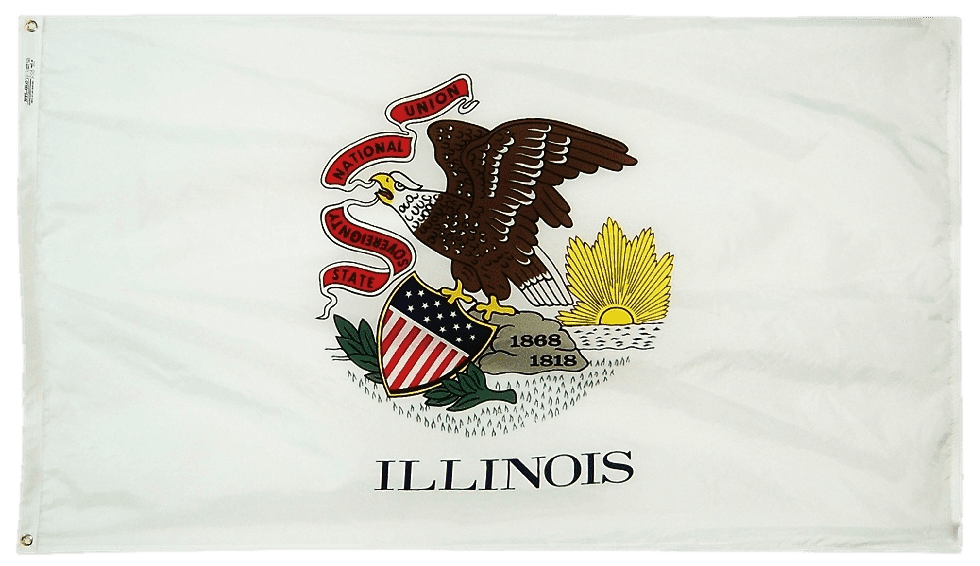 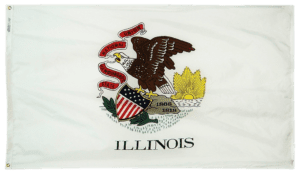 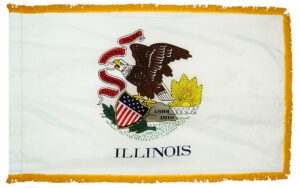 The Flag of Illinois:

The first Illinois state flag was officially adopted in 1915 but updated in 1969 when the word “ILLINOIS” was added to the flag.

The state flag is a simple representation of the state seal of Illinois against a white background. The state’s name was added to the flag to ensure that people not familiar with the seal would still recognize the banner.

It features 20 stars representing the northern and southern states that were already designated at the time of  Illinois’ statehood.

A larger white star is also on the flag and represents the state of Illinois. It features an eagle holding a banner in its beak 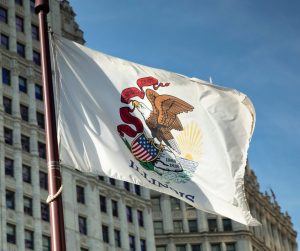 with “State Sovereignty, National Union” which is the official state motto.

The dates on the flag represent the date the seal was authorized in 1868, and August 26, 1818, is the date that the first Illinois Constitution was signed.