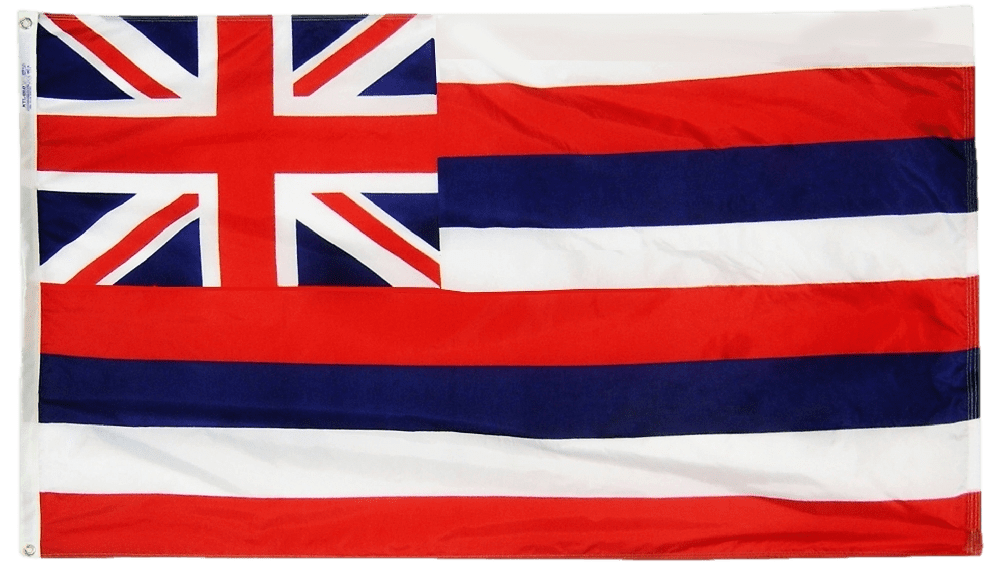 A one-time price of $34.95 will be added to your order.
10000000
Categories: , USA State Flags, Flags for Outside Home or Business
Manufacturer: Annin Flagmakers

The Union Jack was Hawaii's Flag until 1816 when Hawaii was under British protection. The Union Jack remains in the canton of the Hawaii Flag, the rest of the Flag consisting of varying numbers of red, white and blue stripes. In 1845 the number of stripes became eight, each stripe representing one of the main islands in the Hawaiian chain.

All Annin Flagmakers flags are sewn in either South Boston, VA or Coshocton, OH. Annin's superior quality is time-tested and meets the requirements of the most discerning buyer.

Nyl-Glo, Tough-Tex and Bulldog are registered trademarks and manufactured exclusively by Annin Flagmakers.