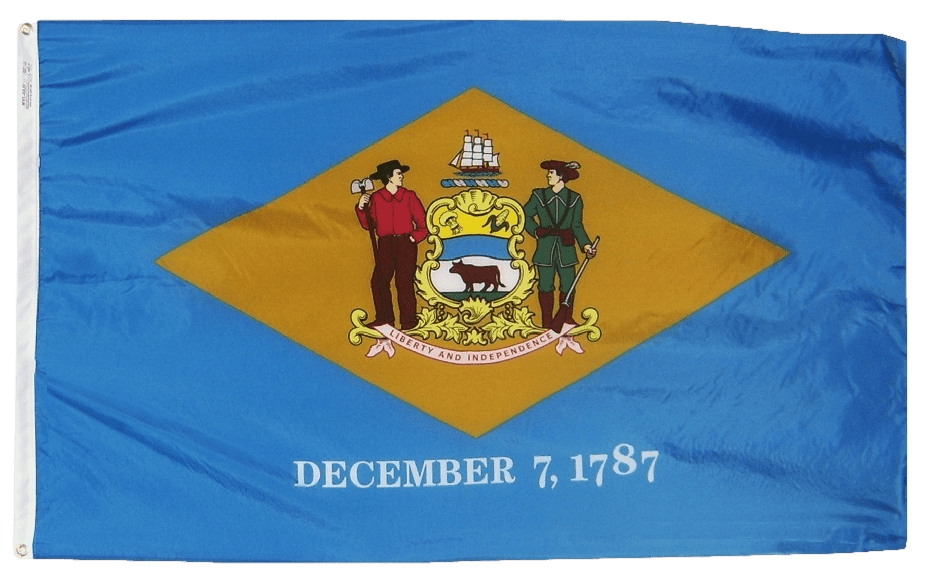 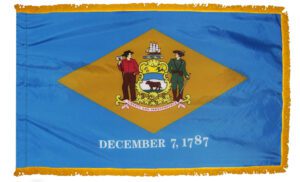 The Flag of Delaware:

Adopted on July 24, 1913, the Delaware state flag has a background of colonial blue surrounding a diamond of buff color in which the coat of arms of the state is placed. Below the diamond are the words “December 7, 1787,” indicating the day on which Delaware was the first state to ratify the United States constitution. Because of this action, Delaware became the first state in the Union, and is, therefore, accorded the first position in national events such as presidential inaugurations.

According to members of the original commission established to design the Delaware state flag, the shades of buff and colonial blue represent those of the uniform of General George Washington. Inside the diamond, the flag recognizes the importance of commerce (the ship) and agriculture (wheat, corn, the ox, and the farmer) to the state. Tribute is also paid to the Revolutionary War Soldiers. The words in the banner read Liberty and Independence which is also the official motto of Delaware.